First U.S., now Canada's yield curve inverts for first time in 12 years
Signal of growing risk of recession may keep Stephen Poloz on hold for his final 14 months as head of the Bank of Canada
Bloomberg News Esteban Duarte March 25, 2019

Canada has joined the U.S. in the inverted yield curve club, signalling a growing risk of recession that may keep Stephen Poloz on hold for his final 14 months as head of Canada's central bank.
The yield on Canada's 10-year bond dipped to 1.6 per cent Friday, or six basis points lower than the rate on the three-month Treasury bill. That hasn't happened since 2007, at the start of the financial crisis sparked by a housing crash in the U.S.
The so-called inverted yield curves in both the U.S. and Canada reflect concerns that a global economic slowdown will keep the Federal Reserve and the Bank of Canada from raising rates – and may even prompt a rate cut if it worsens.
'A rate cut would require signs that the economy is declining,' said Craig Alexander, chief economist at Deloitte Canada, in a television interview with BNN Bloomberg Friday. Still 'the inverted yield curve is troubling. Inverted curves have often been accompanied by recession.'
Yields on government bonds have fallen in recent weeks amid weakening economic data in Canada, including lower than expected growth in the last quarter of 2018. The Federal Reserve Wednesday tilted even more dovish and the German bond yield returned to zero Friday as Europe's largest economy weakens.
'Signs of a global slowdown are real,' said Alexander, who has also worked at the Conference Board of Canada and Toronto-Dominion Bank. 'This certainly puts the Bank of Canada on hold.'
Investors are buying top-rated government securities in Canada as retail sales unexpectedly declined in January, reinforcing concerns that consumers may no longer be able to drive the economy with household debt at record levels and borrowers facing higher costs following five rate hikes by the Bank of Canada. Economists forecast growth of 1.5 per cent this year, down from 1.8 per cent in 2018, according to Bloomberg surveys.
Canadian bond investors have been rewarded by the plunging yields, with an aggregate index of Canadian debt returning 4.1 per cent this year, compared with a 2.6 per cent gain for a comparable U.S. gauge, according to Bloomberg Barclays indexes.
On Hold
Investors appear to be betting on a pause by the Bank of Canada for now. Toronto-Dominion earlier this month shifted its view and now expects the overnight rate to remain at 1.75 per cent through the end of 2020. That would mean Poloz has already made the last rate hike of his tenure, which ends in June 2020.
If there is any move this year, it's more likely to be a cut, based on trading in the swaps market. Chances of a rate cut at the Bank of Canada meeting in September have risen to about 32 per cent, from 21 per cent a week ago, according to swaps rates. Traders assign close to a zero per cent chance of a hike by then. There is a 24 per cent chance of a rate cut at the July meeting.
Still, not all experts agree that the inversion of the yield curve is a leading indicator of the Canadian economic picture.
Canada's curve has historically been flatter than other G-10 countries due to factors including a large number of insurers and pension funds that demand long-term bonds, as well as 'extremely stable inflation expectations,' after the Bank of Canada was the first adopter of inflation targeting in the mid-90s, said Ian Pollick, head of rates strategy at Canadian Imperial Bank of Commerce.
'There is no sign of macro portrayal in the shape of the curve,' said Pollick.
https://business.financialpost.com/news/economy/canadas-inverted-yield-curve-signals-holding-pattern-for-poloz

Back to Main Blog Page 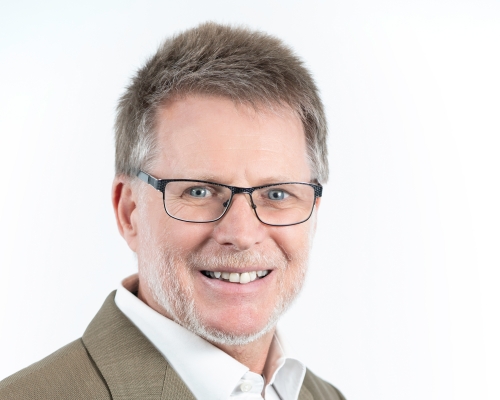 Be in the Know!

The expectation is to have a broker find you a good rate. Eric goes above and beyond that by consistently providing quick turnaround times, drawing..."

Eric Palmer has been my mortgage broker for my two most recent home purchases. He is incredibly knowledgeable, honest and helpful. He has always fo..."

Eric is an incredible resource and an expert in his field. He has guided us through our first time home buying experience, debt consolidation with ..."

We have requested assistance from Eric on a few occasions and he has been tremendously helpful. We have recommended to anyone who is looking for a ..."

Eric has always been very professional and informative whenever I have called on him. I have recommended Eric to friends and family , and will defi..."

Eric is an excellent resource for new and renewing Mortgages. He gives you all the information that you need to make the right choice for your indi..."

Eric has provided excellent advice and information when helping me secure mortgages for two separate properties. He is clear, concise, above-board ..."

Eric is a dedicated professional who will always do what is in the client's best interest! He steps up to the plate and can do what the banks can n..."

I make referrals to Eric without hesitation welcoming his perspective & expertise that will assist me & my clients to make the best decisions possi..."

Eric was very helpful in providing the necessary information for us to make an informed decision with respect to the type of mortgage which bests m..."

Eric worked with us to find mortgages that suited our needs for our first home, our second home, and our most recent re-financing deal. Eric's idea..."

Eric Palmer is an extremely professional yet personable individual who will do all in his power to help you on your path. He answered all of our qu..."

Eric was very professional and very knowledgeable regarding mortgage options for my first home. I would highly recommend Eric to my friends and col..."

Eric has been great help over the past years with arranging mortgages ,from our first home to our forth. Working with Eric to arrange mortgages ben..."

Eric is the consummate professional. I don't take endorsements or recommendations lightly, so this should speak to the confidence I hold in Eric wh..."

Your speed of response is the second to no one and the amount of information you give freely, without bias is fantastic. Lorna and I were sometimes..."

Eric was always available to answer any question that I had when purchasing my first home. He always had facts to back up his answers and was a ple..."

Eric is one of the best resources for information in his business line. His customer service is outstanding. Eric advice has your best interests at..."

Eric was very helpful when I was looking for a mortgage. He offered me options that I have never received from a bank. Was always willing to answer..."

Eric is the best! I'm not the greatest with paperwork, that's why I use Eric. He does everythig for me and gets the best rates also."

Fabulous service from a great and knowledgeable Mortgage Professional. Glad we decided to go with you vs the banks. Thanks again!"